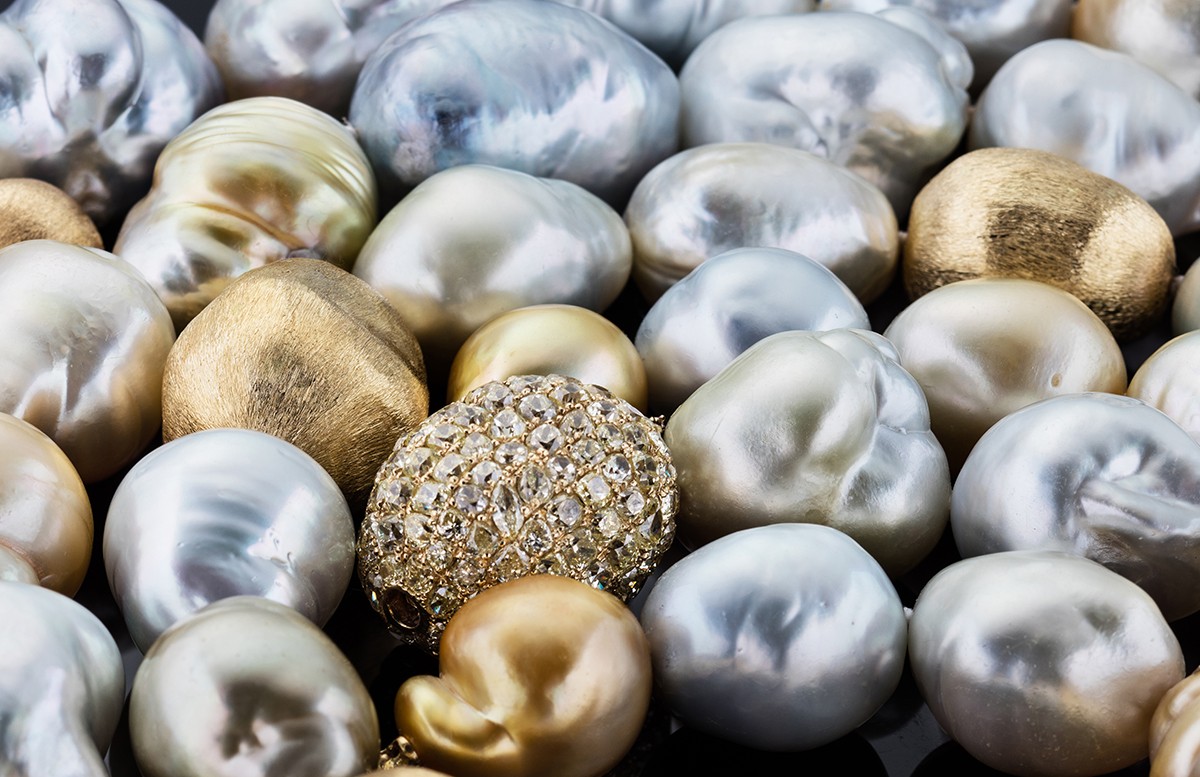 The Queen Of Gems

Since ancient times, the pearl has been a symbol of flawless perfection purity, and natural beauty. It is the oldest known gem and for centuries was considered the most valuable. The Latin word for pearl literally means “unique”, since no two pearls are identical.

Pearls have been treasured for centuries by cultures, ancient and modern, around the world and have become important symbols of wealth, status and religious belief. Greek mythology proclaimed pearls to be tears of joy shed by the goddess Aphrodite. Ancient Egyptians associated pearls with Isis, the goddess of healing and life. The Romans and Egyptians prized pearls and used them as decorative items as far back as the 5th Century BC. Chinese records mention them earlier still. Cleopatra is said to have crushed a pearl into a glass of wine to prove to Mark Antony that she could give the most expensive dinner in history. According to some historians, one of the reasons Julius Caesar invaded Britain in 55 B.C. was to obtain freshwater pearls. Almost all other gemstones are formed by mineral deposits that must be mined, cut, and polished to reveal their sparkling beauty. Pearls are the only gemstone that is grown inside of a living organism. 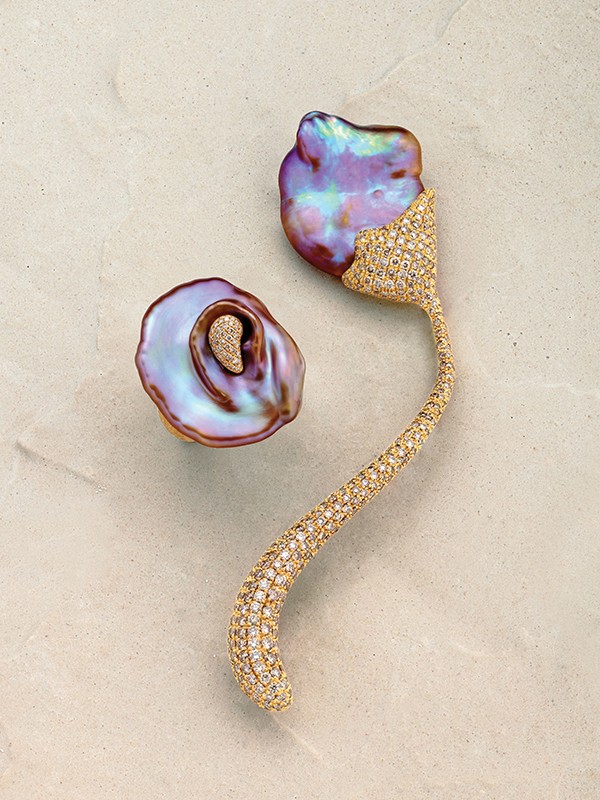 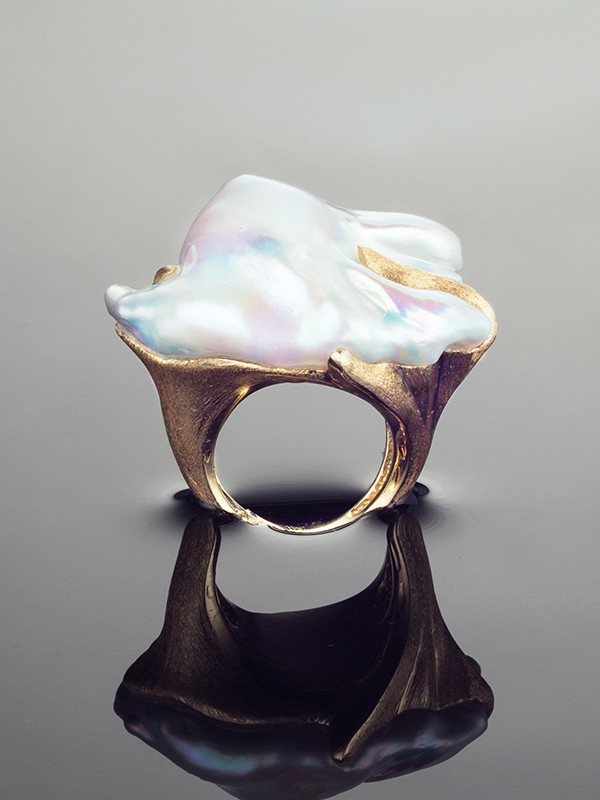 A natural pearl begins its life as a foreign object that accidentally lodges itself in an oyster’s soft inner body where it cannot be removed. The oyster’s body takes preventive measures to attack the irritant and begins to secrete a smooth, hard crystalline substance around it in order to protect itself. This substance is called ‘nacre’. As long as the irritant remains within its body, the oyster will continue to produce layer upon layer of nacre to encase it, resulting in a lustrous gem called a pearl. Natural pearls are extremely rare and valuable. Most pearls today are cultured. In the late 19th and early 20th centuries, Japanese researchers discovered a method of producing pearls artificially.

Cultured pearls are formed in a similar way, but require careful human intervention using a process called nucleation. A surgical procedure is performed by highly skilled technicians who carefully open live pearl oysters. An incision is made in the oyster’s body and a tiny piece of mantle tissue (the nucleus) from another oyster is placed in a safe location within the original oyster. The cells from the mantle tissue develop around the nucleus forming a sack that closes and starts to secrete nacre. The nucleated oysters are returned to the sea or special pearl farms where they feed and grow, depositing layer after layer of lustrous nacre onto the nuclei implanted within them.

A Guide To Types Of Pearls​​

Pearls have long been linked with true love, purity, the moon, angels and perfection. Historically worn only by royalty and the nobility, pearls today can be found in a kaleidoscope of colors, shapes and sizes to suit the fancy of every woman. 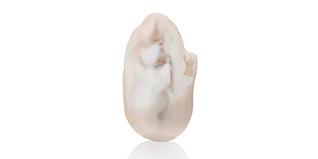 South Sea pearls are among the largest commercially harvested pearls in the world.

The South Seas lie between the northern coast of Australia and the southern coast of China. These waters are the native habitat of the large oyster, the pinctada maxima. This oyster grows up to 12 inches in diameter, and can be nucleated with a much larger bead than other saltwater oysters. There are up to three generations of pearls that can develop from one South Sea oyster. The first generation pearl that comes from a South Sea oyster takes an average of 4-6 years to culture and ranges from 7.5 – 14 mm in size. The second generation pearl takes 7-10 years and is much larger, 14-18 mm in size. The third generation pearl is even rarer, taking 20-30 years to culture. These pearls are the most valuable as they are the largest, ranging from 18-25 mm in size. Some have grown so large that they are no longer measurable on the pearl scale. South Sea pearls are also referred to as Salt Water pearls. Their colors are determined by the type of oyster in which they grow, as the pearl develops it acquires the same color as the inner lining of the oyster. Black and dark color pearls come from the seas around Tahiti, hence they are referred to as “Tahitian” pearls. Golden, champagne and butterscotch pearls come from around Indonesia and the Philippines. 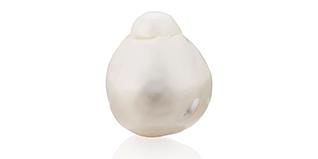 If the pearl develops in a irregular way, it is referred to as a baroque pearl. This means it is not perfectly round.

The name ‘Baroque’ refers only to the unsymmetrical shape of the pearl; they can be either fresh water or South Sea pearls. Pearl farmers would once discard these pearls as they were seen as undesirable. It was only during the “Baroque” period, a time that celebrated the irregular and ornate, that these pearls found an elevated place in jewelry. Traditionally perfectly round pearls were thought to be more valuable than the irregular baroque pearl, but today, the value of baroque pearls has increased as buyers appreciate their unique, one-of-a kind shape. 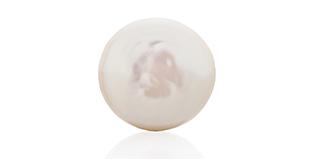 Cultivated in the famous lake Biwa in Japan, these pearls are unique in their high luster and flat shape.

Lake Biwa was once world renowned for its high-quality freshwater pearls produced by the Biwa pearl mussel, the Hyriopsis schlegeli. However, in the mid - 1970’s pearl farming in Lake Biwa came to a halt due to pollution. There are other coin or button pearls in existence today which come from other areas, but Biwa pearls are special for their exceptionally high level of luster. Their shape is flat because the mussel that produces them is flatter than a normal mussel. They are also able to adopt the shape of the nucleus that is implanted in them. Therefore, a nucleus in the shape of a heart or square will develop into a pearl that is in the shape of a heart or square. They come in shades of white, cream, peach and pink. Because the texture of a Biwa pearl is not as smooth as other freshwater pearls this makes them even more unique. 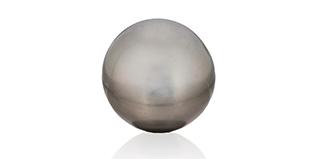 The natural black or grey color of these pearls comes from the color of the oyster’s black lips. This oyster is very sensitive to the pearl culturing process, which makes the pearls both rare and expensive. Cultivated around the islands of French Polynesia, they usually range from light grey to black. Although Tahitian pearls are thought by many to be solely a product of Tahiti this is in fact not true. Although Tahiti is the commercial and trading center of the industry, it does not actually have any pearl farms on the island. 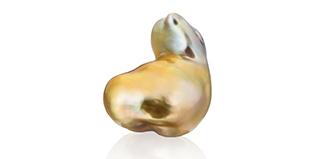 Keshi means tiny in Japanese and can grow in either salt water or freshwater.

Keshi pearls are formed when the oyster rejects the implanted nucleus before the culturing process is complete, thereby producing unusual pearls without a nucleus. They are smaller in size and come in a wide variety of shapes and colors.

Soufflé Pearls are grown in a variety of colors and shapes, and sizes; their magnificent metallic luster is rarely found in any other type of pearl.

Each and every Yvel pearl is examined and assessed by our experts.
Only the highest quality and most beautiful pearls are selected
to become part of an Yvel creation.